Write stories with friends. Open them up for anyone to participate, or for a set group of people. Either way everyone can enjoy the journey.

NOTE: All entries and replies are to be In Character. There is usually a comment thread in the Stories/Journal Comments forum for OOC comments and questions.
Post Reply
15 posts

First Contact-Topaz
Topaz steps off the shuttle and makes her way around the shuttleport.  She slowly treks her way through the city. She had a destination in mind but wanted to linger about, taking the long way as to not draw attention to her objective. She needed to find the loading site, see who was there but more importantly what they were unloading.

Simple enough.  She had done missions like this in the past.  In her line of business, it was easy to find out stuff.  Stuff most were trying to keep hidden.  Besides, she made trips to Mos Eisley all the time, buying supplies for the cantina she was helping run.  Nothing out of the ordinary.

She really thought she was done with this part of her life.  Funny thing about this life though, it has a way of sucking you back in.  In a world of "I scratch your back, you scratch mine," literally in some cases, you have to do things to get by.  Contacts, friends, even family, came with strings attached sometimes.  She needed his help, therefore she would help him.

Walking past the theater, she sees her targets.  She continues on, slowing to take in as much information as she could.  Memorize, lock it down, recall it all later when she needed. Just as she had been trained to do.  She turns her head away when one looks directly at her.  Don't let them get a good look, wear something you wouldn't normally wear so they can't identify you later, all secrets of the trade.  Topaz quickly inventories things in her mind as one of the henchmen starts moving her way.  And don't hang around to long, it was time to move on.

Turning, she makes her way into one of the neighboring buildings.  She moves through to the back and out the other door.  Hopefully she got what she needed.  Moving around to the other side, she connects back up with Aumi. Nodding slightly, she lets her know she is all done here.  Now if she could just get a hold of her contact.  She hadn't heard from him for a while. 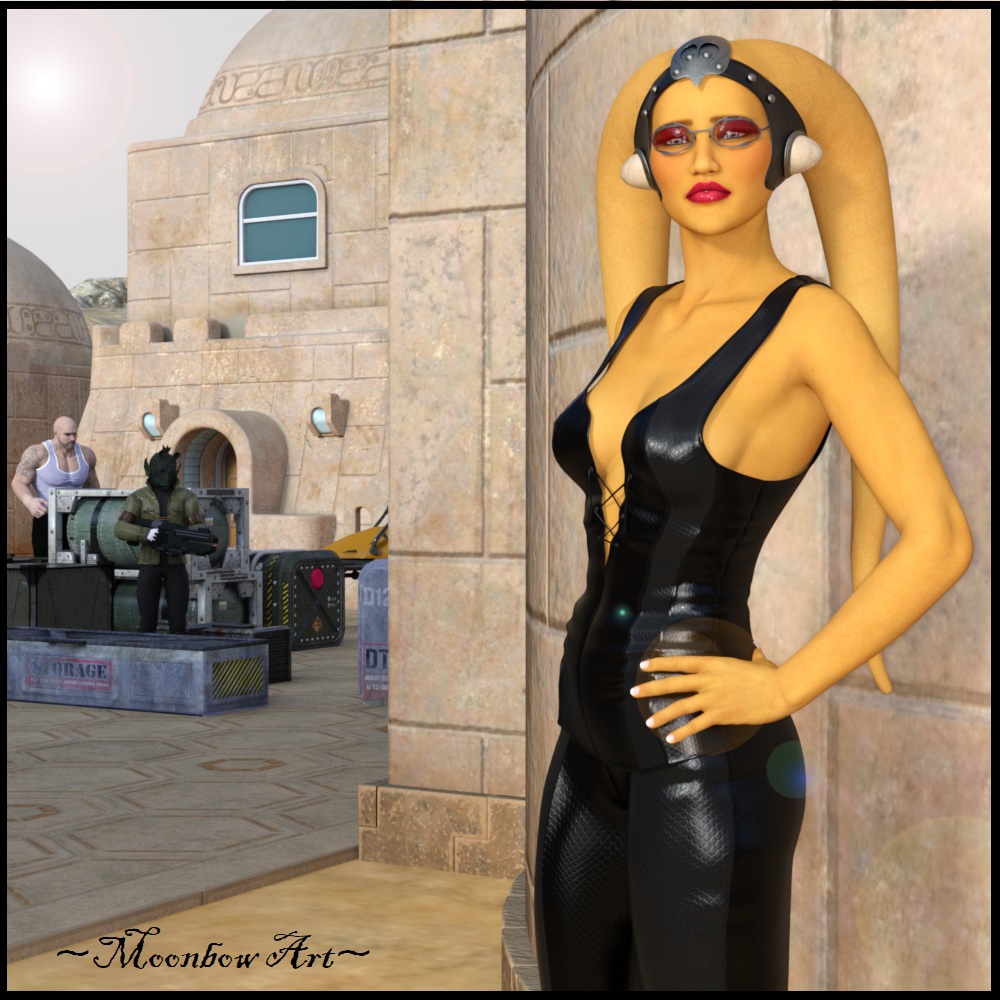 Old Habits-Alysheba
Old habits were hard to break.  Aly wandered through the city, missing her old life, her old friends, her sisters.  Time had a way of making you forget the bad stuff, and long for the good times.  She missed dancing.  Along with that, money was getting tight.  She needed to find employment.  Steady emplyment.
She had heard of a few places hiring dancers.  Some were small enough that she thought she could get away with dancing and not draw too much attention to herself.  Hopefully her sisters wouldn't get wind of it either.
She smiled as she thought of her old dancing days. She loved performing, the costumes, and to be honest, the attention.  Stopping in front of the building, she looks around. No signage.  Unmarked.  This place might do.  Sighing, she steps inside.

Finding Her Place-Kerenza
Kerenza lay on her cot, enjoying the sound of rain on her roof.  It had been a long time since she took the liberty of just enjoying the peace.  She took this moment to think over the last couple weeks. She liked it here.  She felt content, like she belonged.  She didn't think she had ever felt like that before.  She missed her sisters of course, Aly and Topaz. But she was keeping tabs on them and they seemed to be doing fine without her.
Turning over on her side, she views the rain outside her door. She felt safe with the rain. Not at first. It felt as though it might drown her, so heavy and drenching.  Weighing her down. It wasn't until she embraced it, allowing it to soak into her soul that she could bare it. Washing over her, taking years of fear away.
Extending out her hand, she curls her first two fingers as if beckoning the rain to her. Drop by drop, it comes sideways through the door to land in her palm.  Once she has enough, she lifts her hand to her mouth and sips the cool refreshing water.
Taking a deep breath, she stands and prepares to start her day.  She had no idea what was instore for today but she looked forward to it. As she leaves her hut, she stands for just a moment in the rain, letting it cleanse her.  She was looking forward to what they were about to teach her, as she walks toward the Great Hall.

For a Price.. Alysheba
Aly needed to get back on task.  She had wandered around the city for a while, burning time.  She had a job to do and she was running out of time.  She was to meet him in less than an hour.  He said he had information for her.  Information about them really.  And for a price, he would keep quiet.  What did he know?  Surely he didn't know the truth.  They had covered their tracks to well.  No.  He didn't have that information.  Then what?  What did he have that she would pay to keep quiet?

She had contacted her sisters but neither had responded.  Apparently Kerenza was dealing with her own issues at the moment.  Aly could feel it.  She had felt her pain and disappointment.  Topaz was to busy running her business.  She had commitments now.  That left Aly to find out who and what.

They had been so careful. Or at least she thought they had.  She had been avoiding everyone lately.  Keeping to herself.  She didn't want to put anyone else in danger.

Moving closer to the meeting place, she slows her pace and hunkers down behind a huge crate.   If she got here early enough, maybe she would catch a glimpse of him.  Maybe she would recognize him.   Maybe she could get the upper hand.

Hearing footsteps, she takes a few calming breathes before peeking around the crate.  As he moved into focus, Aly gasps, jerking back against the crate.  "No. No." she mutters to herself.  "No, it can't be. " Scrambling to her feet, she turns and runs as quickly as she can in the opposite direction.  He had found them.

Silence-Kerenza
Aly walks into the bedroom of her residence.  She immediately notices the clothes strewn about on the floor along with a sewing kit and some other materials.  Sighing she looks over at her bed and sees Kerenza stretched out and asleep, as if she owned it. Huffing slightly, she moves towards the bed and bounces down on it, knowing it would jar Kerenza awake.  Smiling to herself she watches as a startled Kerenza gasps and launches into a sitting position.
"What are you doing?" She growls at Aly once she realizes it was her sister that woke her.
"I could ask you the same question." Aly responds a bit snarkily.
Kerenza stares at her for a moment before turning and lying back on the bed.  Not one for talking much, she knew this would annoy Aly more than anything she could say.
Aly waits for her to say something, and when she doesn't, lies down beside her on the bed.  Closing her own eyes.
Kerenza opens one eye and looks over at Aly.  This was unusual.  She normally would have reacted. Something was going on.  She continues to watch her for a moment longer before closing her one eye again and going back to sleep.

Return to “Stories to Tell”