Any other Hockey fans around?

The NHL Play Offs are about to begin, and maybe it's just because my fav team's doing so well, or the fact that I really do love the sport, but I wanted to see if there are any other fans around. To me at least, few things take me back to my childhood like Star Wars and Hockey, so what better place to talk about the later.

So let's hear it!

Did your team make it in? Do they have a shot? (pun intended)

I'll post a Bracket when one's released, but we're still waiting to see how tomorrow's one and only game goes first before the East can be determined. Seeing as Tampa lost to Carolina in OT tonight, and the Bruins won, if they beat Florida in the make-up game from earlier this year, they take 1st. All I can say to that is... 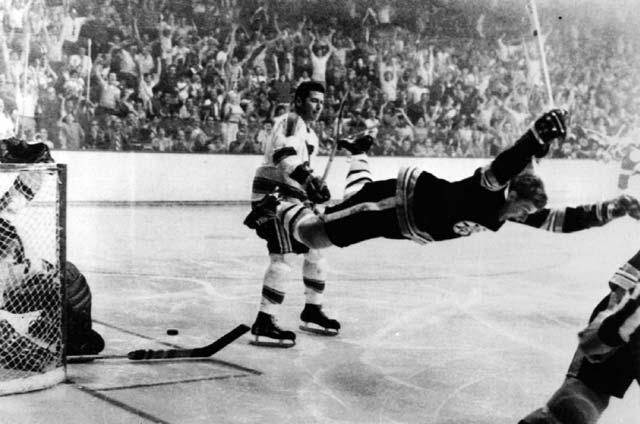 Minnesota born and raised here. I follow all hockey as does my wife and our girls, and the wild made it but I expect them to dip out in the first round against the Jets. Don't be fooled by a win or two from them, they'll fold like a cheap lawn chair soon enough. But we love them all the same. So I watch, hockey pretty much the whole season and will take it all in. I hope your Bruins will do well. Eastern conference is always where the best playoff hockey happens in my opinion. I'll check back in periodically.
Top
Post Reply
2 posts • Page 1 of 1

Return to “OOC Discussion about... Stuff”